Of all the aspects of social media culture that I am the least enchanted with, the "challenge" is one of my least favorites. I am not one for modish trends and I find life challenging enough without concocting artificial labors to serve as a distraction. That said, in the fall of 2018, Instagram saw a wave of film lovers take part in a film challenge and I became, in my own way, one of their number.

The challenge, as I understand it, was to post stills from 10 films that made a substantial impact on you without explanation. This part pains me a bit because, as is typical of male cinephiles, I LOVE explaining things. Nevertheless, the challenge required us to put these images into the chaotic image ocean of social media and call out a similarly film-obsessed social media comrade to take part with every image posted.

I made modifications. First off, I just did the challenge without being challenged and I did it without challenging anyone (wait, that's not true; I was challenged early on but ignored it as I do with all such internet fads). Secondly, I ended up doing 30 films over 30 days instead of 10. A former colleague on Instagram asked me to write a description of each film because she wanted to know more about the films and even though (or perhaps, because) that violated the rules of the challenge, I have decided to oblige her here. 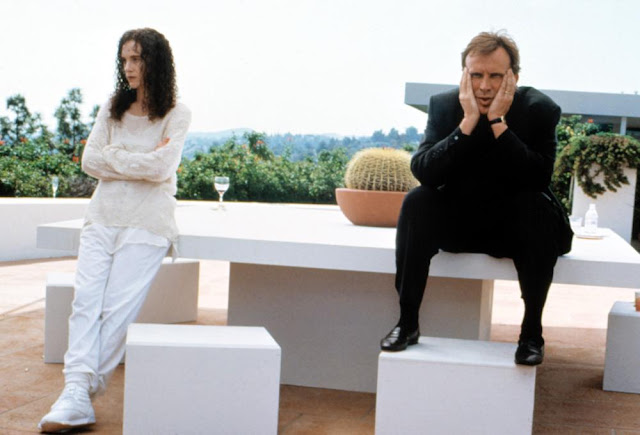 This gem from the mid 90s focuses on the economic and spiritual malaise of an L.A. couple dealing with the hangover of the Reagan era. Peter Weller and Judy Davis are pretty remarkable as the couple and it will stun you how much this film relates to right now. I have no idea why this film spoke to me so profoundly when I was 23 years old. But seeing it again (it is at the time of this writing available for streaming on Netflix), now at the age the Peter Weller's character was in the film, I am rather amazed at its accuracy with exploring a certain kind of Californian privileged anxiety. 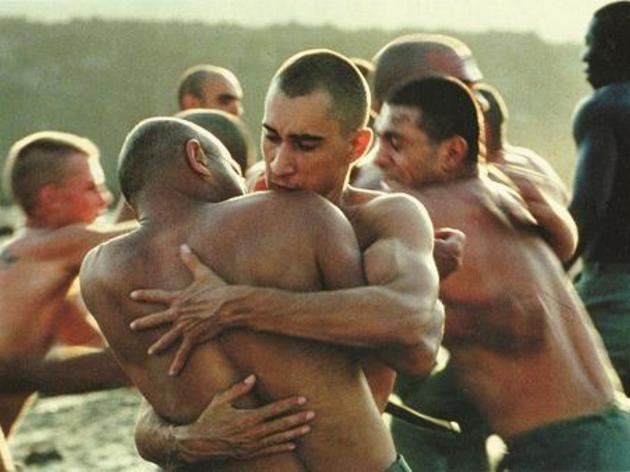 The tragedy of Claire Denis' masterpiece is that it is largely unavailable in the States. No discs, no streaming. Denis and her team re-imagine Herman Melville's Billy Budd setting the action amongst the French Foreign Legion in Djibouti. Denis grapples with gender, colonialism, sexuality, race all with her signature effortlessness of execution. 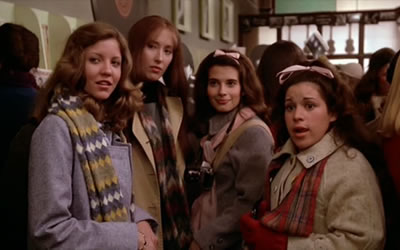 This was a staple of after school television (back in the pre-Oprah era) and I can't even remember when I first encountered it. I do remember it was the first time I watched a film about a group of young women setting out on a mission that in its own low stakes goofy way was patterned after the hero's journey as laid out by Joseph Campbell. What fascinates me about this whole endeavor is the way one sees how deeply imprinted their sensibilities are from the very beginning. I don't know why I thought it was so cool to see a group of teenaged girls having an adventure driven solely by their desire for the Fab Four, but I did (similar to my inexplicable attraction to The New Age); and it suggests that a large part of our sensibilities are hard wired in from the very beginning. 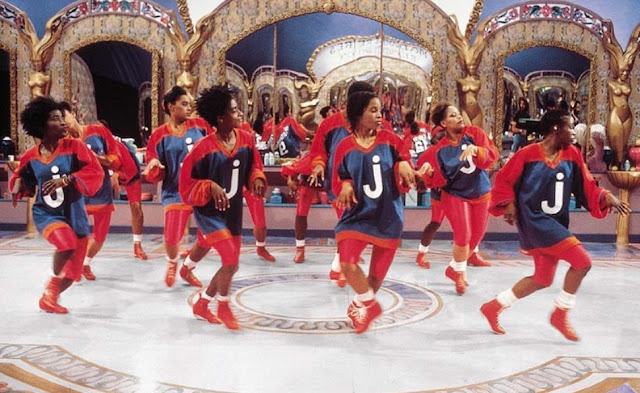 Some films introduce you to corners of your psyche/soul you didn't know were there. Other films introduce you to worlds that are new, yet familiar, and thrilling. Such was the case with Spike Lee's sophomore effort, the first one I saw on the big screen. I don't know how many times I saw the film at the long gone Baldwin Theatre nestled between the Jungle and Baldwin Hills (a rather on-the-nose frontier between the African-American haves and have-nots). I'd seen films with all Black casts before, but seeing a film, brimming with youthful energy and vitality at an historically Black college with characters not much older than myself at the time was a unique experience. My cohort did see ourselves reflected in Da Fellas, and as we prepared to embark on our maiden voyage into the world as adults and college students (the film came out when we were beginning the second half of junior year) Lee's film gave us a tantalizing taste of what college life could be. And on top of it, the conversation it generated about colorism was necessary, if uncomfortable for some. 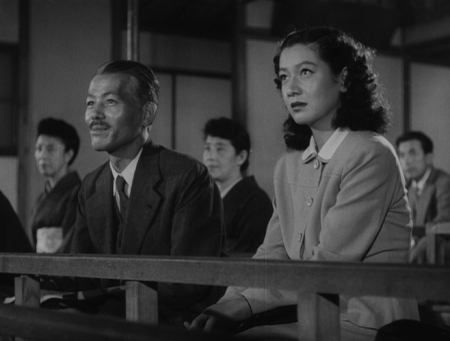 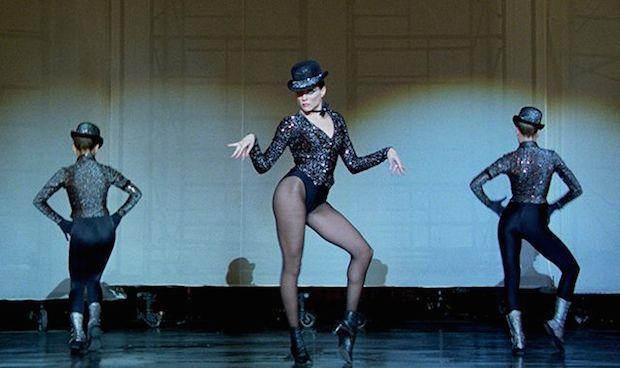 It amazes me that Fosse is still not often ranked among the greats of American cinema. This film works on every level: a modernist musical that loves show business as much as it loves to mock it. Amazing on every aspect of craft and as good an 8 1/2 as 8 1/2. 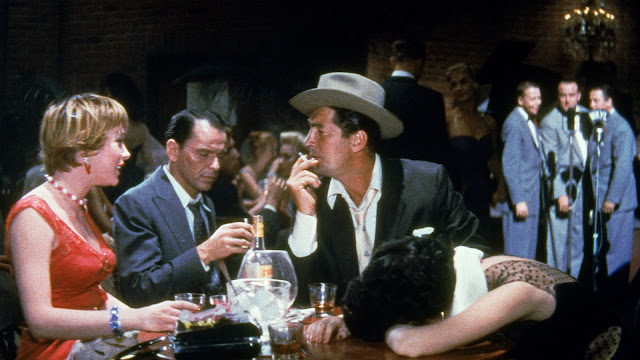 Minelli was a master of CinemaScope and American masculinity in crisis. Plus Frank, Dean, and Shirley. 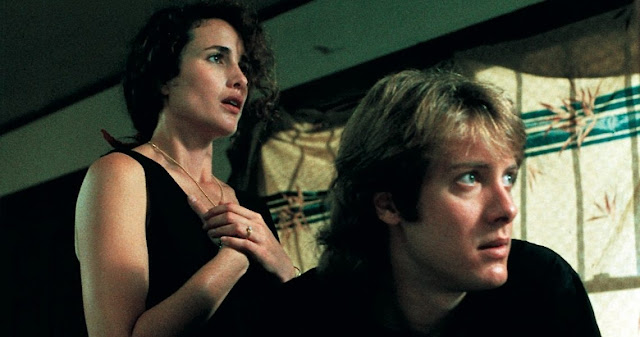 The first indie film to breakthrough into the multiplex; I went through a period in college where I watched the film over and over again, marveling at how much it was able to say with very limited resources. 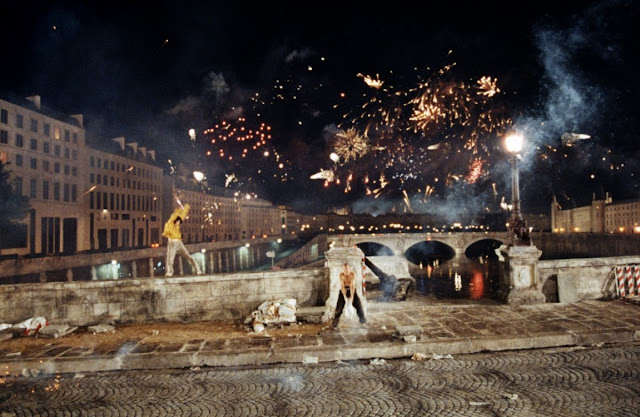 Rarely has a film overwhelmed me emotionally as much as this film. Worth seeing just for the Bastille Day scene. 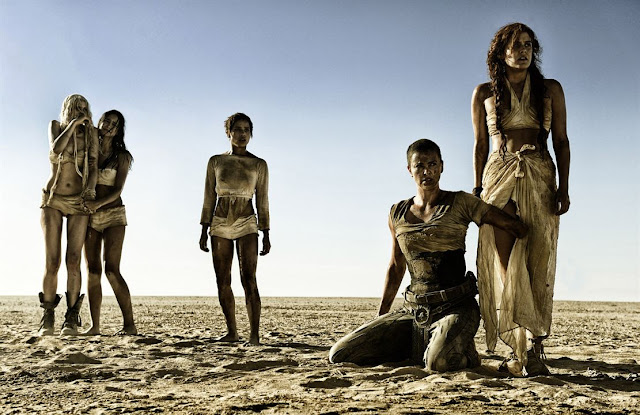 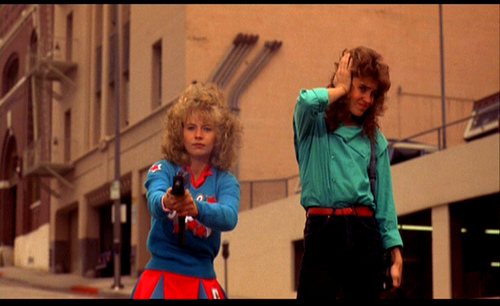 I discovered this gem on cable. Both ahead of it's time and of it's time. It skewers the Valley Girl trope it pretends to take up: you realize the girls are fiercely capable and prepared for the zombie apocalypse and the movie never condescends to them or to you as a viewer. Again, the young me was all about women on the hero's journey since it was so rare back then. 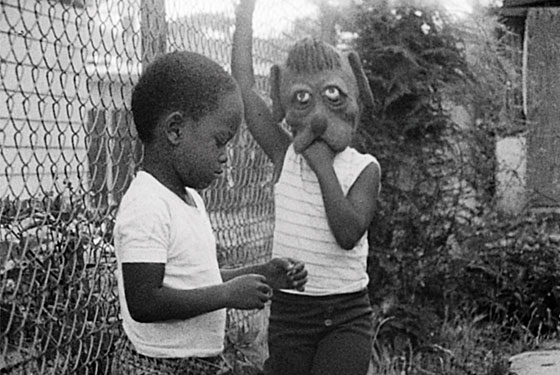 An American masterpiece. I have lost track of how many times I've seen it (I show it almost every quarter now as a college instructor) and it never gets old. 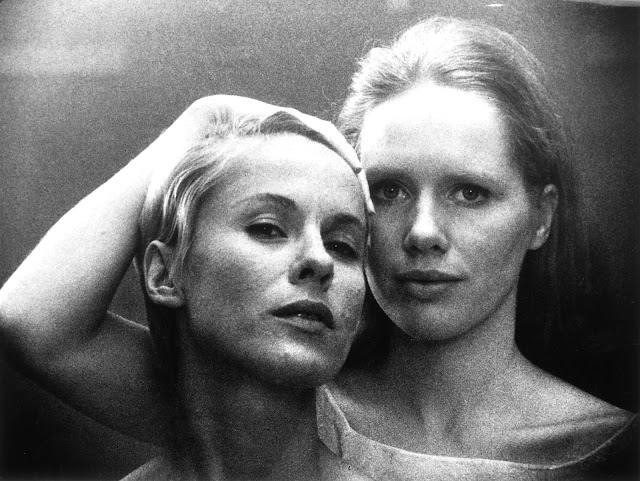 This movie shouldn't work, but it does. I have never done drugs but watching this may be as close as I can get. 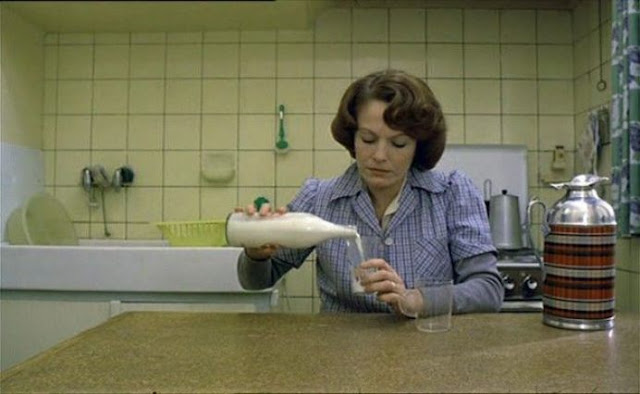 A revolutionary work. I can't tell you EXACTLY how Akerman influenced my film Sepulveda but I know she did. 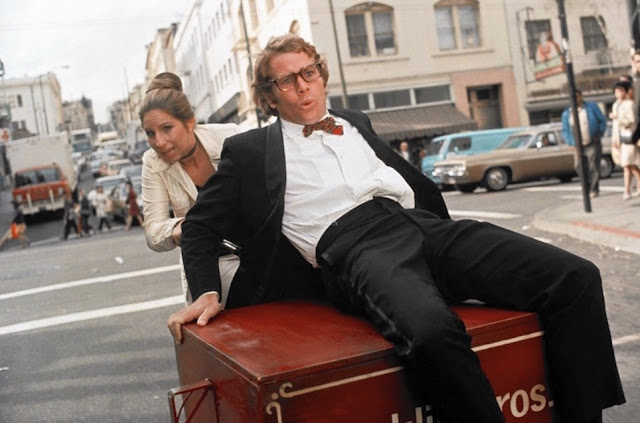 When I first saw this I didn't know a thing about screwball comedies. But I did fall in love with Streisand's turn as a Nixon-era Manic Pixie Dream Girl and the great Madeline Kahn in a thankless role she nevertheless shines in. 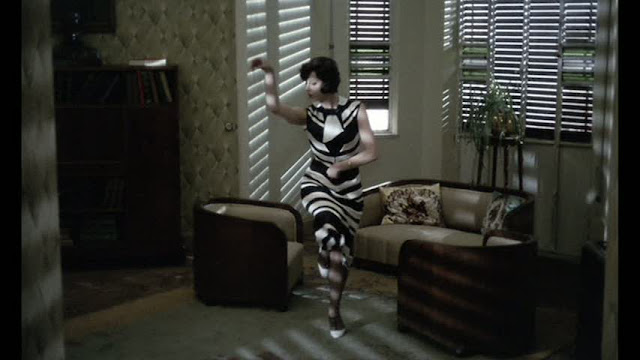 Bertolucci told me this film was about him embracing the concept of pleasure in watching a movie (as opposed to rejecting pleasure as bourgeois and reactionary) and the film seems high on it's own cinematic inventiveness. 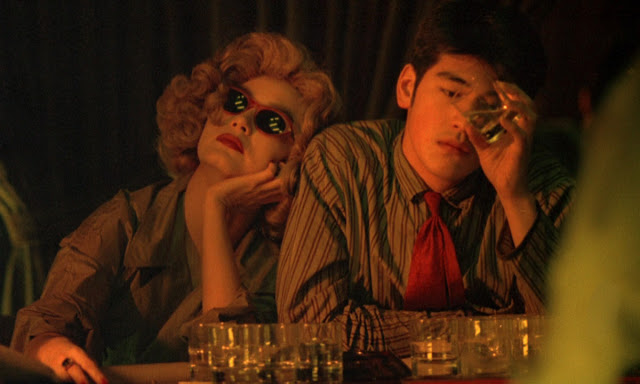 Probably still my favorite film by WKW. I know people prefer In The Mood For Love but I stand by this one. 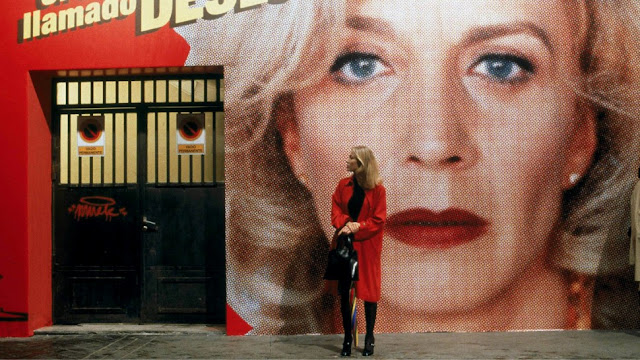 Not my favorite Almodóvar but pretty sublime. And one of the greatest trailers ever.

Still very hard to see because the film's capacity to shock has not been dulled by the 47 years that have passed since it was unleashed. 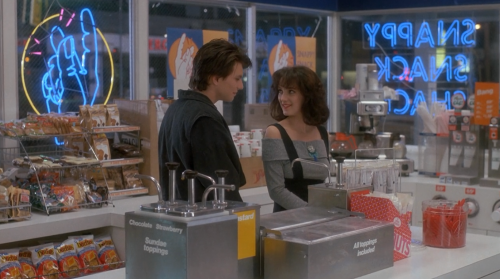 Try to imagine being in the final months of high school in the era where John Hughes has dominated the high school movie landscape only to have this mordantly funny and transgressive film arrive. It was a gift. You could make a lengthy list of films that tried to be the Dr. Strangelove of their time, but for my money this may have come closer than any. 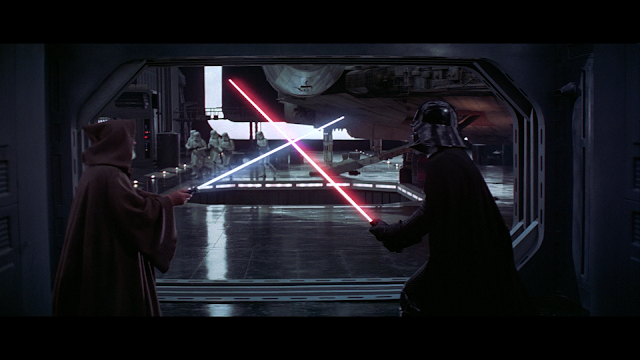 I saw this when I was 6 years old and it transformed me. Me and every other male in Gen X that was burdened with an imagination and hunger to be thrilled. I hate to be typical but still, respect must be paid. 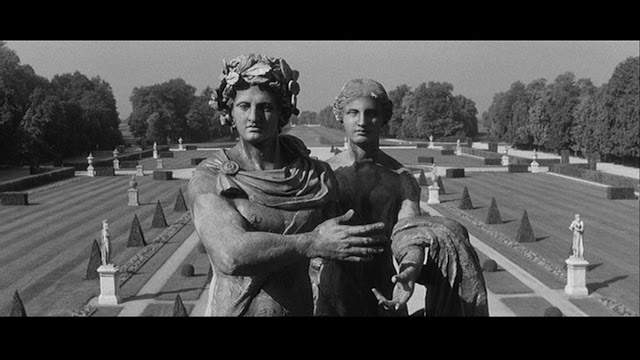 This may be the last time a film truly astonished me with its formal audacity. 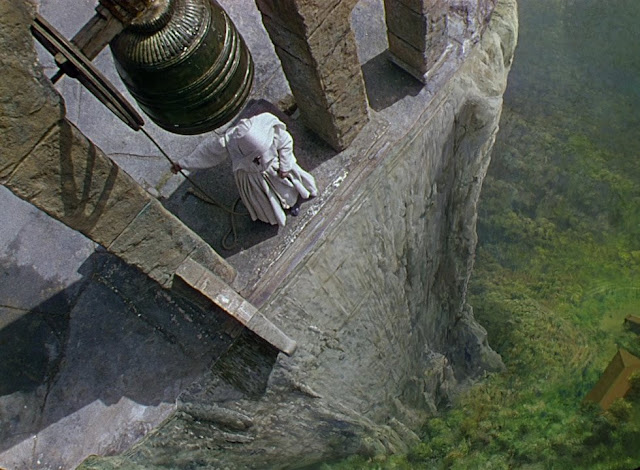 I try not to judge the youth and their rejection of the canon but I cannot help but feel pain watching a titan like Robert Altman fade away, especially as his films remain relevant. 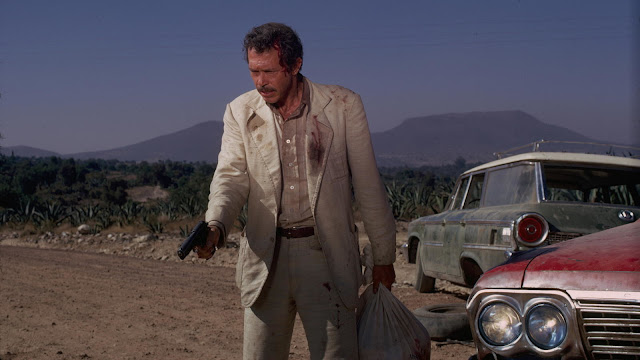 If you do not understand the sentiment behind the words "beautiful loser," watch this and you will. A gorgeously odd personal vision of a man's last grab at the brass ring. 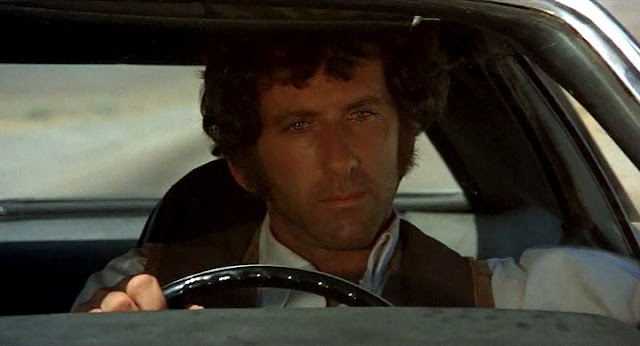 Sometimes when confronted with a film like this, you realize how much of what passes for "horror" is just bullshit. Lynne Ramsay may be one of my favorite stylists working today.

This is a portrait of a specific generation of men but sadly much of what appears here is timeless. This explored toxic masculinity long before we had a name for it.

And that's it. Are these my favorite films? No. But I believe they constitute a mirror, perhaps a cracked one with many facets, that shows me who I am, who I have always been, and what I might become in the future.

Posted by Geniusbastard at 12:14 AM No comments: