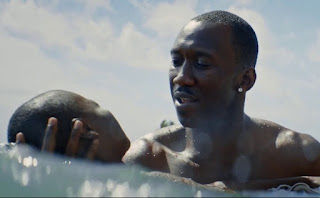 The word for this accursed year seems to be gotterdamerung. Google it if you aren't familiar. The parade-rainers amongst us get an erotic rush from reminding us that every year contains death and tragedy, and that in the end 2016 is just another number (years are artificial things anyway, right?). I don't think that offers consolation to anyone (which is what makes it so annoying). I will say that in my 5 and 40 years I have rarely seen such steady procession of deaths in a 12 month period. These aren't just passings that hurt, these are passings that signal an end. An end of an era. An end of a movement. An end of an attitude or way of looking at the world that liberated legions.

And without belaboring a point already explored on this blog, American liberal democracy appears to be one of the casualties of the year; or at the very least the end of the ability for America to reasonably pretend it was a shining city on a hill above all others.

This year took so much from us all. But one of the few areas where 2016 was not a prolonged trauma was the cinema it offered. Nostalgia has its own powerful hold on people but anyone insisting movies just aren't as good as they used to be is not paying attention (or needs to venture further than the nearest multiplex at the nearest mall).

The middle years of a decade are often the most interesting. The prior decade has loosened its hold, the one to come is still too distant to loom large. This is the point at which a decade defines itself. It is also I think the moment when the films based on a decade's public dialogue(s) hatch. This year we saw some stunning works that take on many issues, but in my mind the best films grappled with the twin headed beast of identity & economics. Intertwined though they are, the events of the last year have set the stage for a battle royale on the left between camps that believe one is more important than the other. I predict that in years to come we will see some great work come out of this particular debate. Let's hope the debate yields more than great cinema.

As 2017 grimly approaches like a prison sentence, let us hope, if we can still stand to hope for anything, that the loss of so many greats portends that another dynamic era is on the horizon. I'm not saying that living under a fascist dictatorship will be good for film, but rebirth cannot occur without a season of death preceding it.

Honorable Mentions: Eye in the Sky, The Invitation, DePalma, Norman Lear: Just Another Version of Me, Wiener-Dog, Deadpool, Green Room, Everybody Wants Some!, Hello My Name is Doris, Knight of Cups

Acting Purple Heart goes to Aja Naomi King who managed to create a complete human being in Nate Parker's disastrous Birth of a Nation, a film concerned with her character's suffering only as a plot point.

The Nestor Almendros Color Cinematography Award: James Laxton for his beautiful work on Moonlight.
Runner-up: I actually recognized Bradford Young's camerawork on Arrival before I saw his name in the credits. He is becoming a true cinematographic auteur.

The Howard Hawks Directing Award: Tony Gilroy, the man who saved Rogue One from being a debacle. Let's hear it for experience over just being the hot new thing.
Runner-up: Dan Trachtenberg for his taut work on 10 Cloverfield Lane.

The William Cameron Menzies Production Design Award: Mark Tildesley for his work on High-Rise, a film that beautifully captured the entropy that leads to Brexit and Trump. Not since Verhoeven's Total Recall has Brutalism has served a film so well.

The Masaru Sato Composing Award: Mica Levi for her expressive work on Jackie. She's pretty much my favorite new film composer.
Runner-up: Sqürl (a group comprised of Jim Jarmusch, Carter Logan and Shane Stoneback) for their work on Paterson.
Best use of existing music: the jaw-dropping use of Antonin Dvorak's exuberant New World Symphony in O.J.: Made in America for the verdict sequence.

The Margaret Booth Editing Award: Nels Bangerter and Amanda Laws for their stunning work on Cameraperson. The documentary is clearly about witnessing and recording but the power often comes from how those images are juxtaposed. I think that's referred to as cinema.

The Alan Splet Sound Design Award: to the sound department of Silence.

The David O. Selznick Producing Award: no award this year.

Best Revival of the Year: the complete Frederick Wiseman retrospective at Cinefamily. Only the first leg of the retrospective played this year (they're breaking his filmography up into chronological sections and playing one section a year over the next few years) and it really stunned me. I had only heard about Wiseman's work before this year but seeing it left a profound impression on me and confirmed him in my mind his status as one of our greatest living filmmakers.

The Grant Tinker Television Award: Black Mirror has done what many shows inspired by Rod Serling have failed at. It gives us a peak into dystopias just within our grasp and is at once ahead of its time and of it. This year feels like we're all trapped in one of its episodes. Special mention to the "San Junipero" and "Nosedive" episodes of season three.
Runners-up: Atlanta, Fleabag, Search Party, Horace & Pete, The Get Down, The People vs O.J. Simpson: American Crime Story, Westworld, Marvel's Luke Cage, Game of Thrones, Insecure

Comeback of the year: 35mm film stock (although to be honest the best looking films of the year were shot digitally).

Special Mention for a 2015 film seen after 1/1/2016: Jafar Panahi's Taxi is simple, gorgeous and contains multitudes. He continues to be the great real life story of artistic triumph over state idiocy and we in America will need to follow his brave lead in the years to come. No filmmaker anywhere can throw in the towel when Panahi perseveres and fights for us all.

Posted by Geniusbastard at 11:14 AM No comments: